During the opening week of the military museums and in preparation for the National Day of the Republic on June 2, Palazzo Marina in Rome will host the exhibition “Material-Value-Immaterial” realized by Ecopneus.

The shots by Daniele Tamagni, the Milanese photographer who won the World Press Photo Award in 2011 in the Arts and Entertainment category, will be an opportunity to visit the historic marina building, which is normally closed to the public, and immerse oneself in a photographic journey on rubber recycling, to understand the new value that environmental wounds and “ugliness” can acquire in the beauty of their metamorphosis.

The event, which is free admission, is organised by Ecopneus – a non-profit that is the leading manager of end-of-life tyres in Italy – with the objective of annulling the sense of waste linked to old tyres, replacing it with one of reuse, recovery and recycling of the material.

“Not he who starts, but he who perseveres” is one of the Navy’s mottos that goes well with Ecopneus’ constant commitment to raise awareness among the new generations and protect the environment, the landscape and legality.  This is true, for example, in the “Terra dei Fuochi” area [English: “Land of Fires”], the symbolic location of the photography exhibition and the source of its main image: a red poppy resting on an abandoned tyre which, instead of burning in the open air, causing irreparable damage, has been recovered thanks to an agreement with the national and local administrations.

From 2011 to date, Ecopneus has managed approximately 850,000 tonnes of end-of-life tyres in Italy, of which over 500 tonnes are those picked up free of charge at sites owned by the Ministry of Defence.  This quantity is equivalent to the weight of over 55,000 car tyres that have been sent off for recovery, transforming them into new materials used in various sectors, including the sports sector, where recycled rubber is used for flooring and football fields made of artificial turf.  All of this is just the beginning of a virtuous circuit in the direction of the circular economy indicated by the European Union; a sustainable “full circle” in which the defense institutions and bodies are also protagonists. 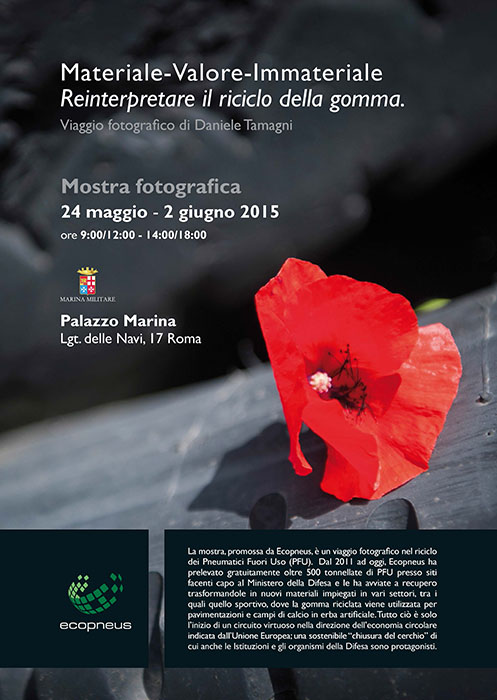 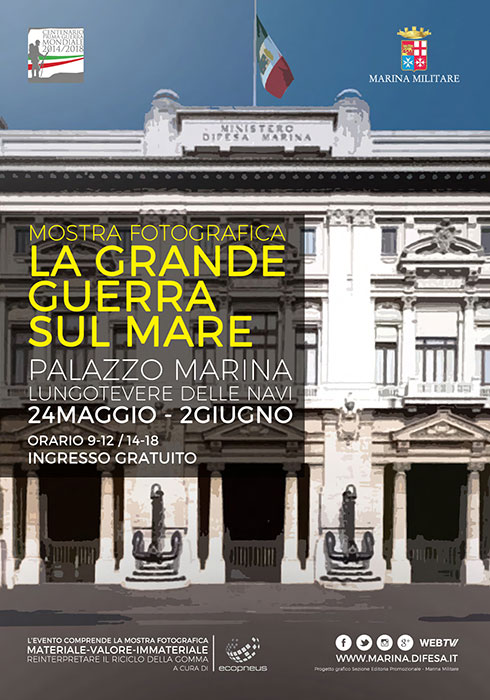