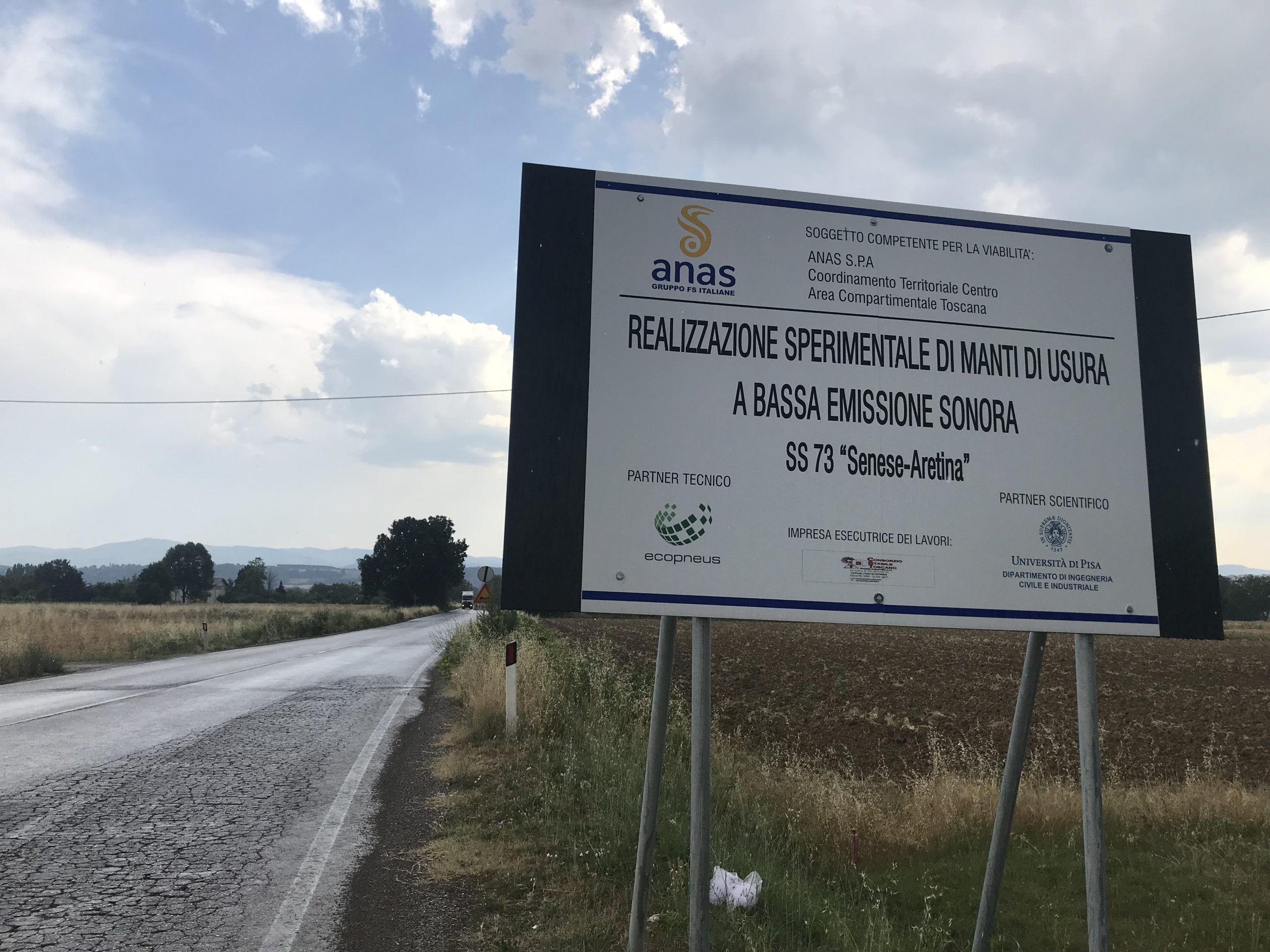 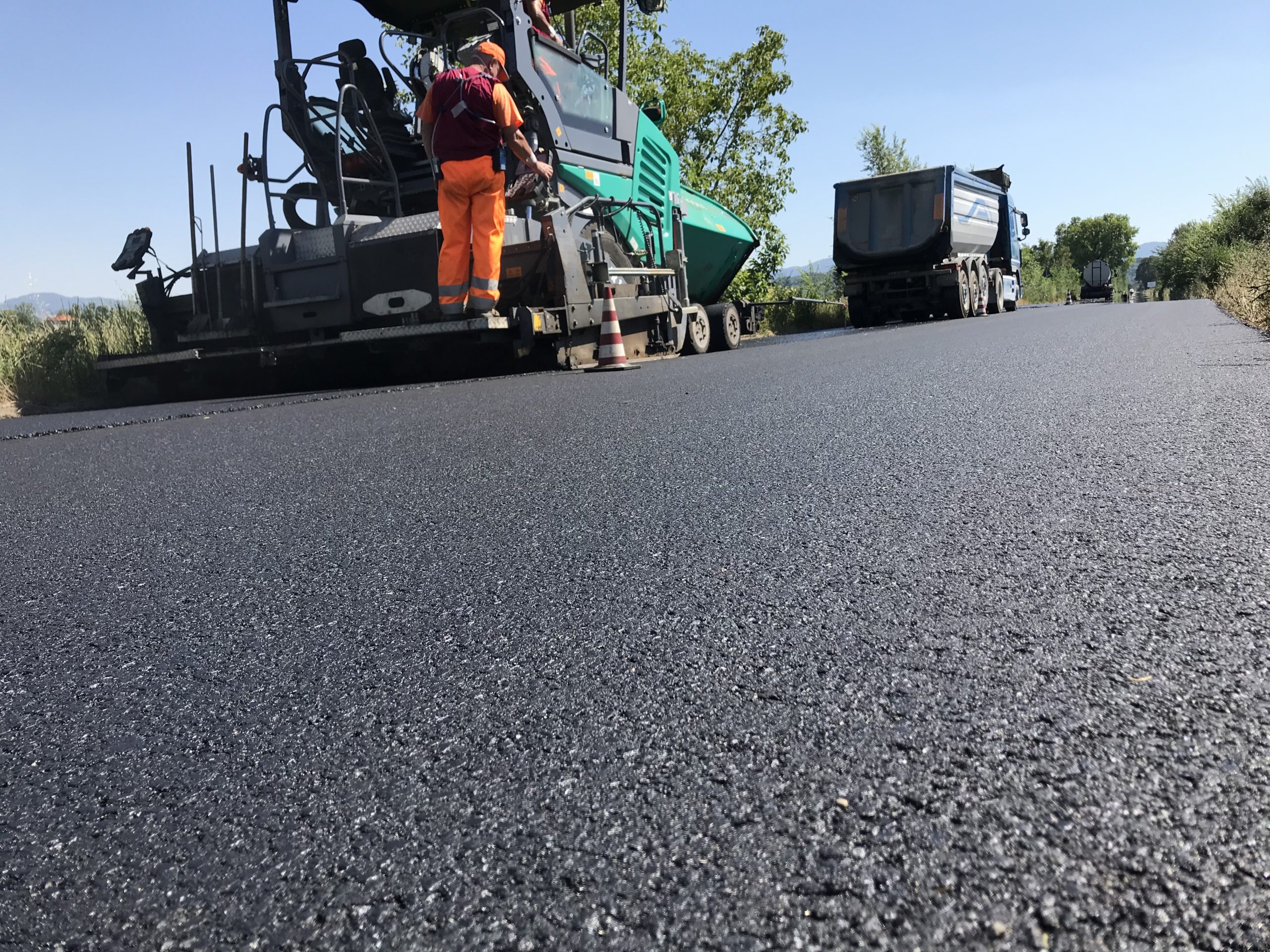 Thanks to the use of warm technologies and eco-friendly materials such as recycled rubber powders, it is possible to create low-noise road surfaces with excellent mechanical characteristics. Moreover, the environmental impact during the production and laying phases of the mixes has been reduced. At the beginning of July 2019, the resurfacing works of a stretch of the SS 73 “Senese-Aretina” road near Sansepolcro (AR) were completed. This is part of an experimental noise requalification plan coordinated by ANAS. In addition to the noise mitigation activities and the deep renovation of the most damaged layers of the road surface, the experimental nature of the project consisted in the creation of different types of wear surfaces with low noise emissions and high environmental sustainability.  To learn more, read the complete news. 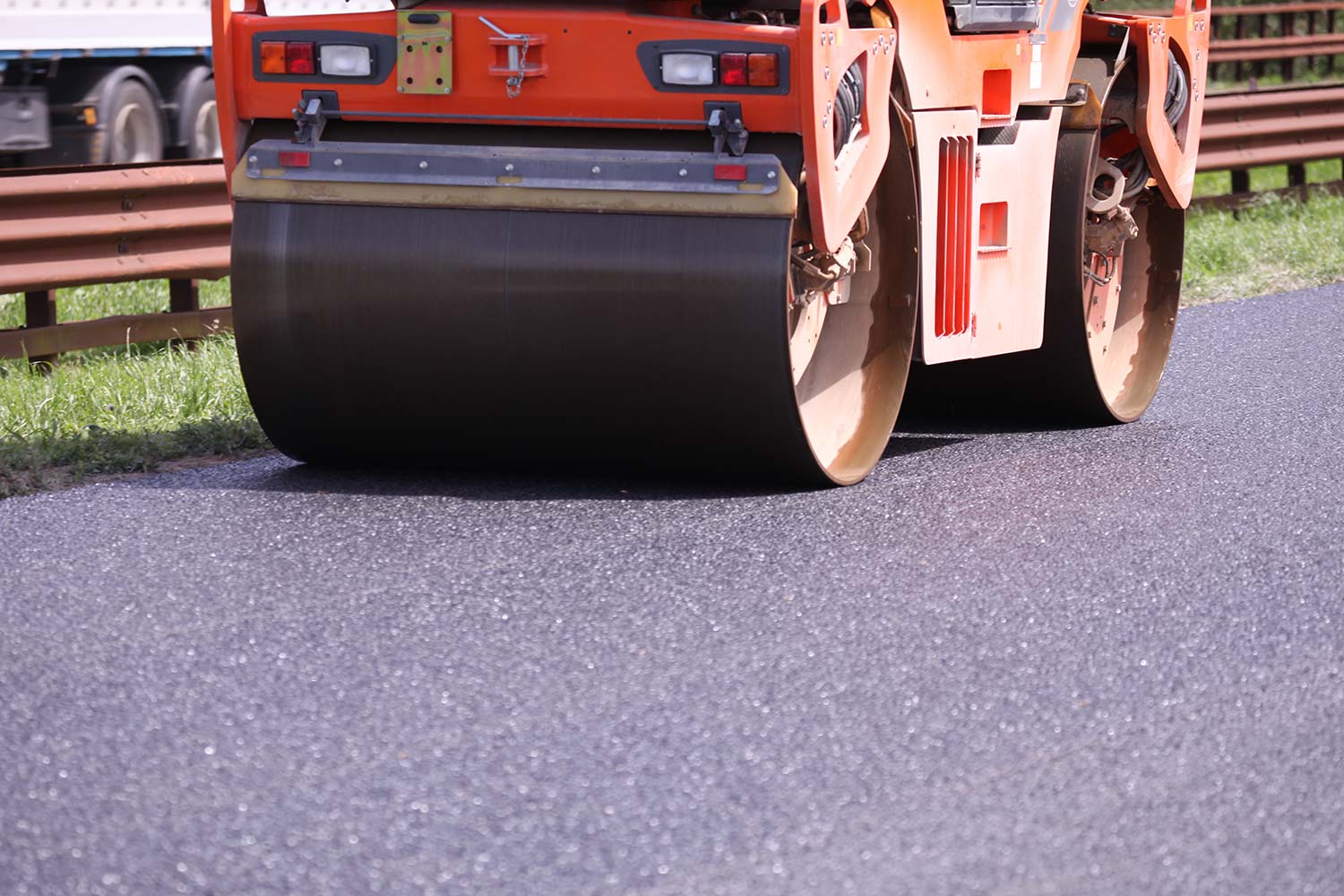 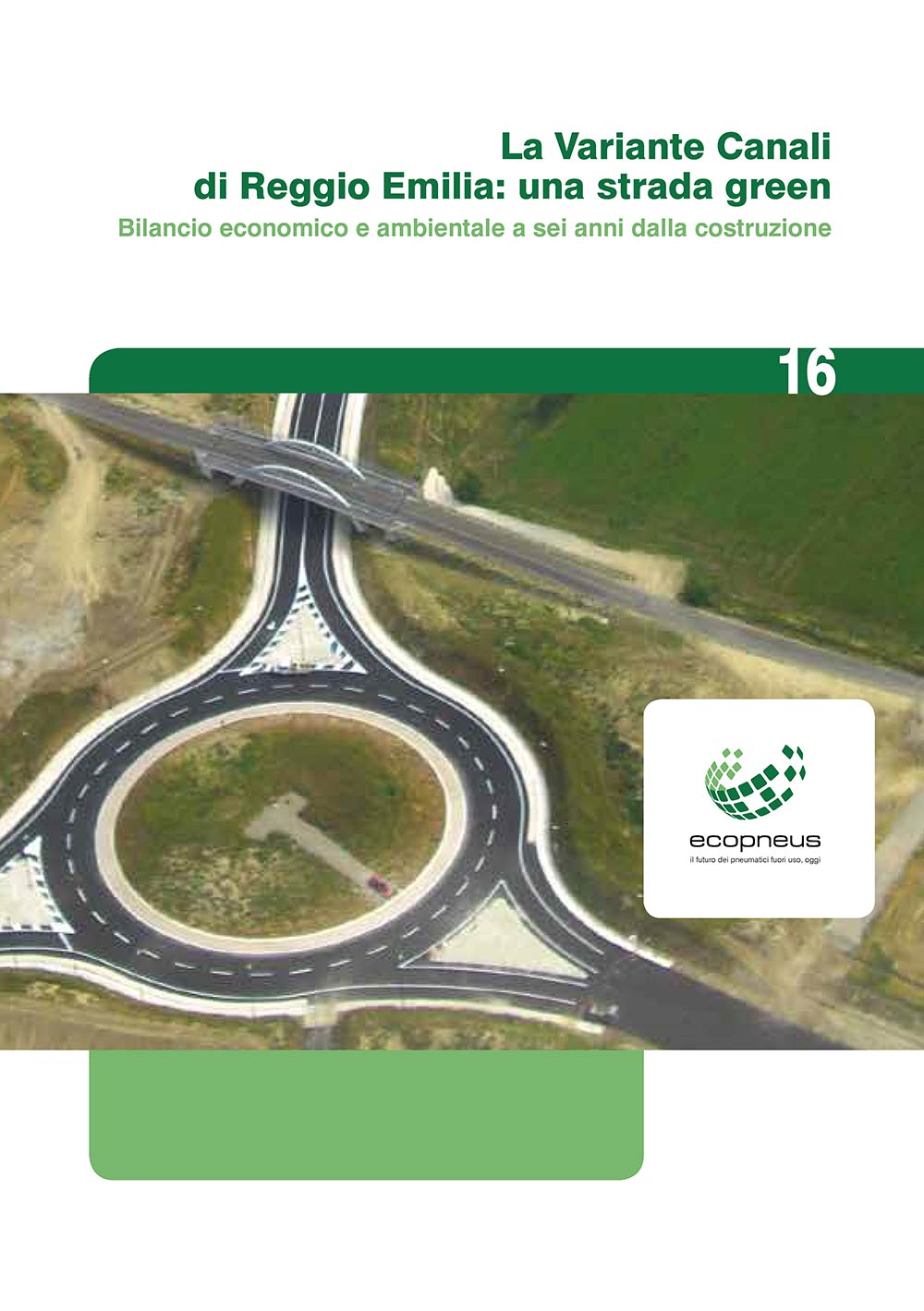 An infrastructure designed to be sustainable. The use of rubber recycled from ELTs has avoided the emissions of 40 tonnes of CO2, reduced energy consumption, and saved up to 70,000 kwh compared with the building of a traditional road. The overall energy saving corresponded to a month of electricity for 300 families in Reggio Emilia. The particular qualities of the Asphalt Rubber conglomerates have allowed to estimate a minimum of 8 years as the useful life of the wear surface before any maintenance was needed. This forecast was more than accurate, as no maintenance interventions on the surface have been planned since this road was made 10 years ago. The lower building and maintenance costs of an Asphalt Rubber surface compared with an ordinary road are estimated at about 40% less of its whole life cycle. This strongly reduces also social costs (accidents, noise pollution). The intervention on the Canali variant has been the subject of a technical handbook that describes all the phases of this project: its design, building, acoustic measurements, and analysis of the environmental impact. 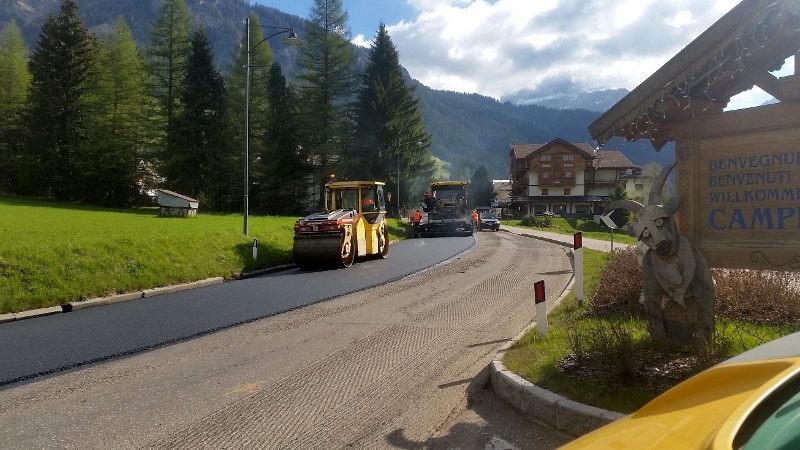 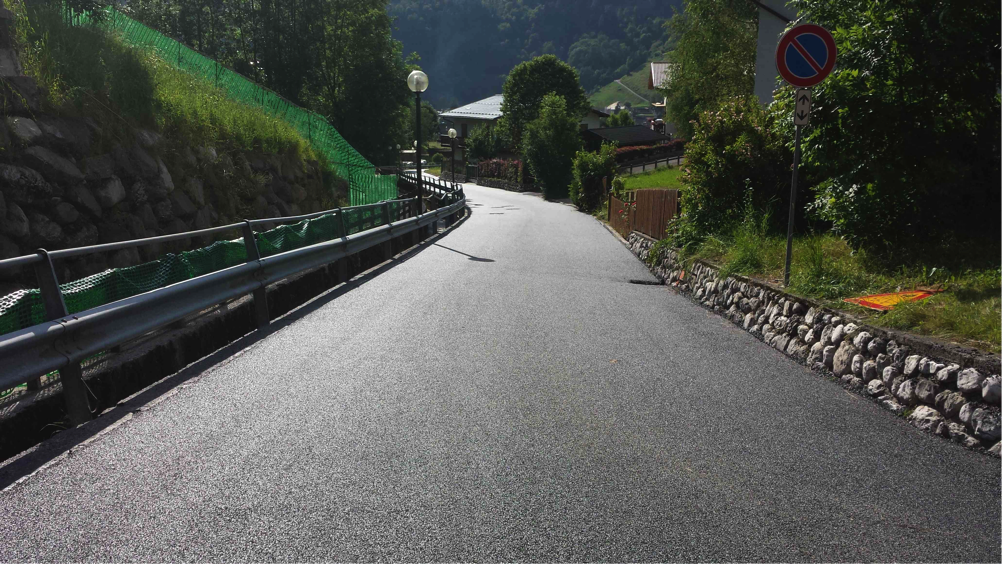 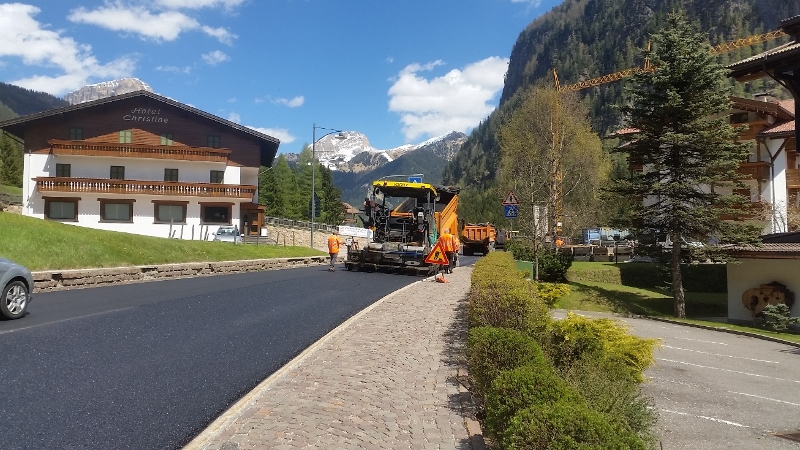 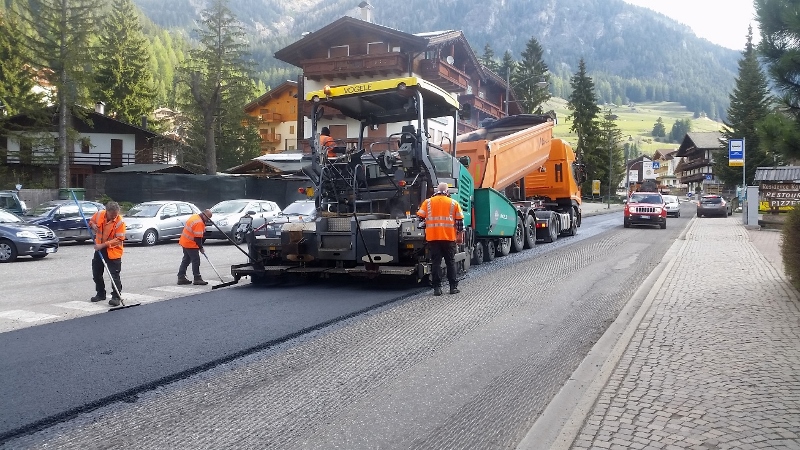 The Trentino-Alto Adige Region leads the way for its use of asphalts modified with recycled rubber. The first interventions made with the contribution of Ecopneus date back to 2011, when a stretch of road was made in Val Venosta. Monitoring activities were carried out on it for 12 months to confirm the reduction in the expected noise. Indeed, noise reduction makes these asphalts a valid alternative to the use of noise barriers on roads and motorways. Even the ratio between the building and maintenance costs of noise barriers and the laying of “modified” asphalts favours this second solution. Moreover, these asphalts are to be preferred as, by way of example, they are not an obstacle for the crossing of the road; they do not reduce the light of the houses nearby; they allow the space for snow accumulation during the winter months, and they offer an escape route in case of accident. On top of all this, rubberised asphalts allow to have a surface of excellent quality. Many other experiences similar to the one in Val Venosta have been implemented all over the Region. Other examples are the stretches of road in Transacqua and in the Primiero Valley, in the Province of Trento, where many interventions have been carried out precisely to valorise the acoustic properties of modified rubbers. 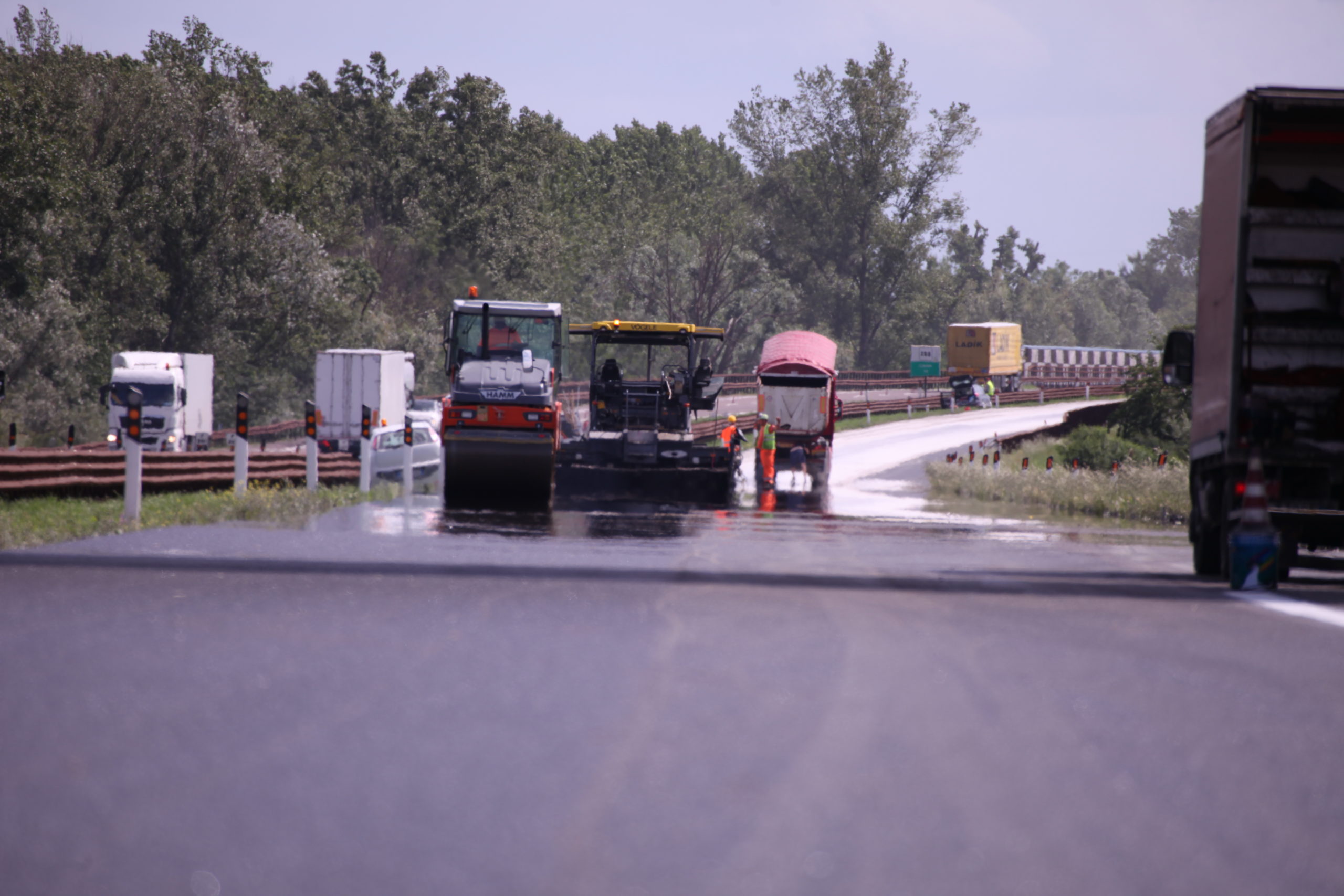 Modified asphalts have been used with positive results also on motorways. In particular, on the A/22 AutoBrennero, Autostrade per l’Italia, A/24 Autostrada dei Parchi and A/33 Autostrada Asti Cuneo. Currently, all surfaces made with rubberised asphalts present minimum maintenance interventions even 10 years after their creation.

IN RIMINI, A 5 DECIBEL TRAFFIC NOISE REDUCTION HAS BEEN ACHIEVED THANKS TO RUBBERISED ASPHALTS 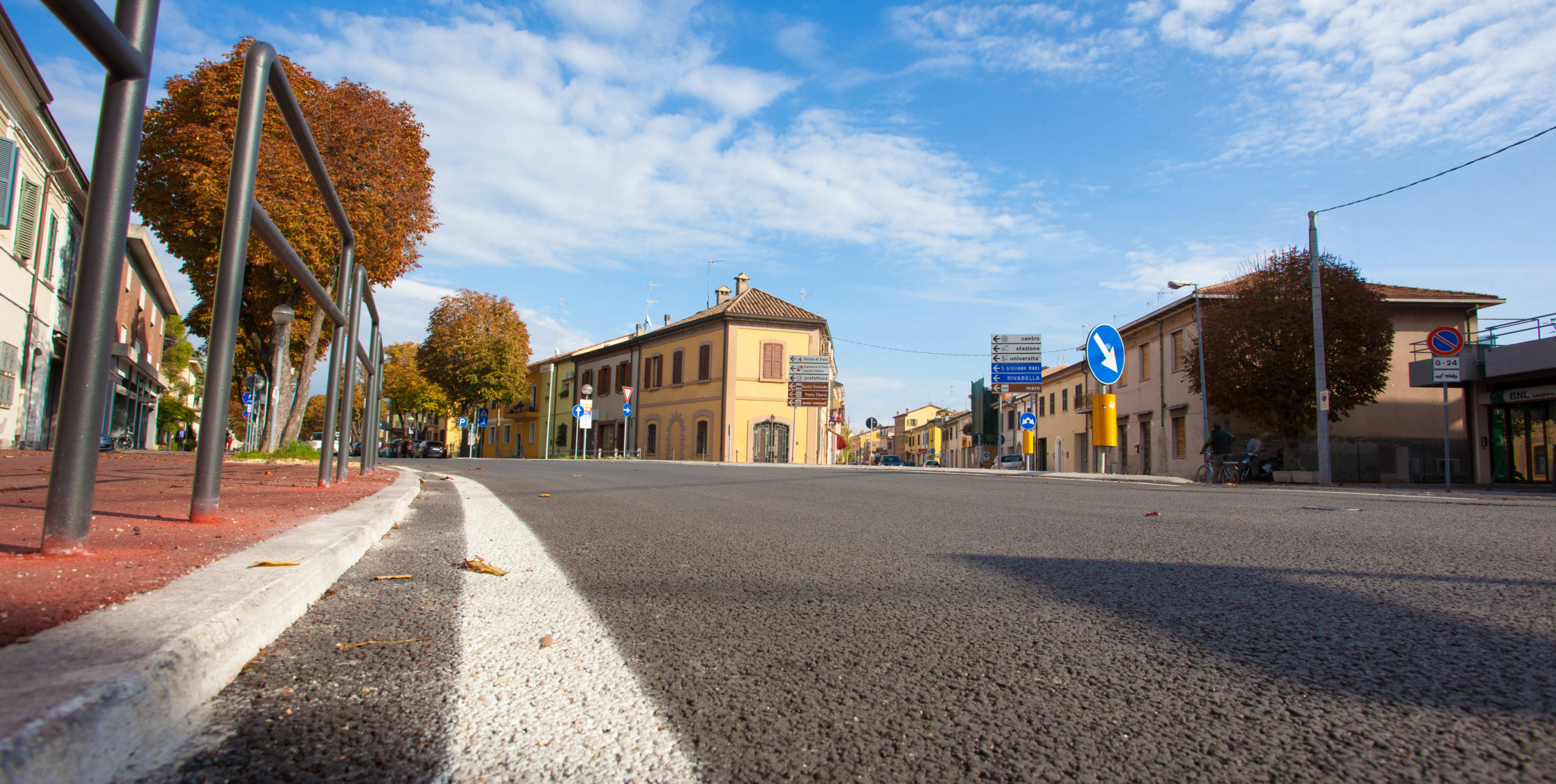 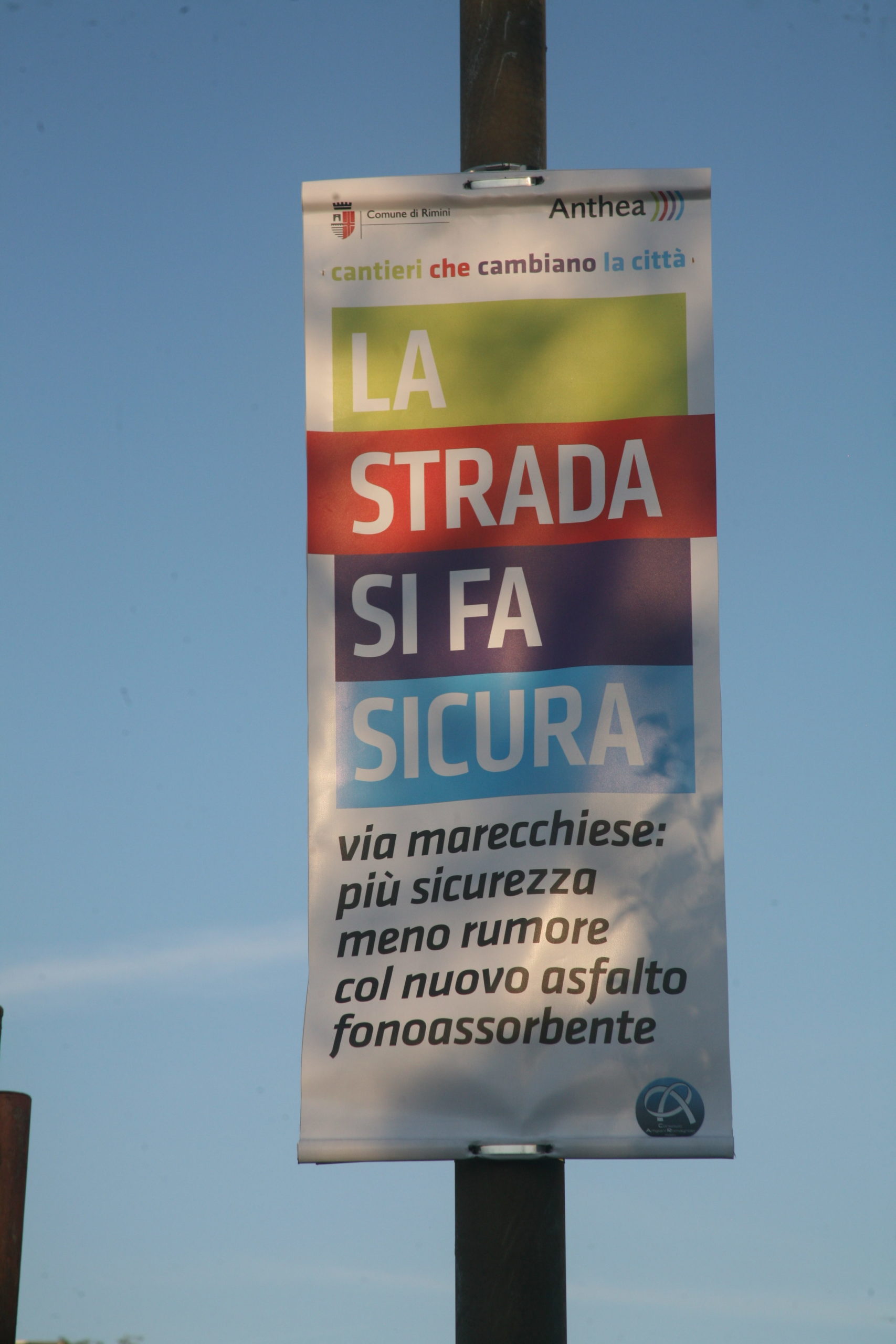 A 7,000 sq. m stretch of road was created with asphalts made with rubber recycled from ELTs in via Marecchiese in Rimini in 2016. In collaboration with Ecopneus and iPOOL Srl – a Pisa CNR spin-off –  two monitoring campaigns were carried out to measure the acoustic performances of the surface. The first one was made before the laying of the new rubberised asphalt in order to evaluate the ante-operam situation. The second one, instead, was made after approximately three months from the laying of the new asphalt. In this way, it was possible to quantify the acoustic benefit offered by the mere resurfacing, as well as the real contribution of the low-noise emission surface. The measurements were then compared with the ones made on the previous surface, and the ones of a stretch of road resurfaced with normal asphalt at the same time of the laying of the experimental one. The results have confirmed that the benefits of low-noise impact surfaces made with rubber powder are evident, especially when the traffic is busy and, ideally, at a constant speed. Indeed, measurements have confirmed a 5 dB(A) reduction in the noise on the side of the road of vehicles transiting at 50 km/h between the ante-operam surface and the one made with rubber powder.