4,390 tonnes of abandoned ELTs have been removed in Villa Literno. It is the main intervention of End-of-Life Tyre removal carried out by Ecopneus in the province of Caserta within the scope of the Protocol for the “Terra dei Fuochi”

In the presence of the Minister of the Environment, Mr Costa, the data of the operation of the collection of End-of-Life Tyres were presented in the Prefecture of Caserta this morning. The ELTs laid abandoned in an area in Via Porchiera, in the town of Villa Literno. Thanks to the Protocol for the “Terra dei Fuochi” (Land of Fires) every potential risk for both the environment and the population is prevented in case of fire. Minister Costa said: “I thank Ecopneus that has a preferential relationship with our Ministry”. 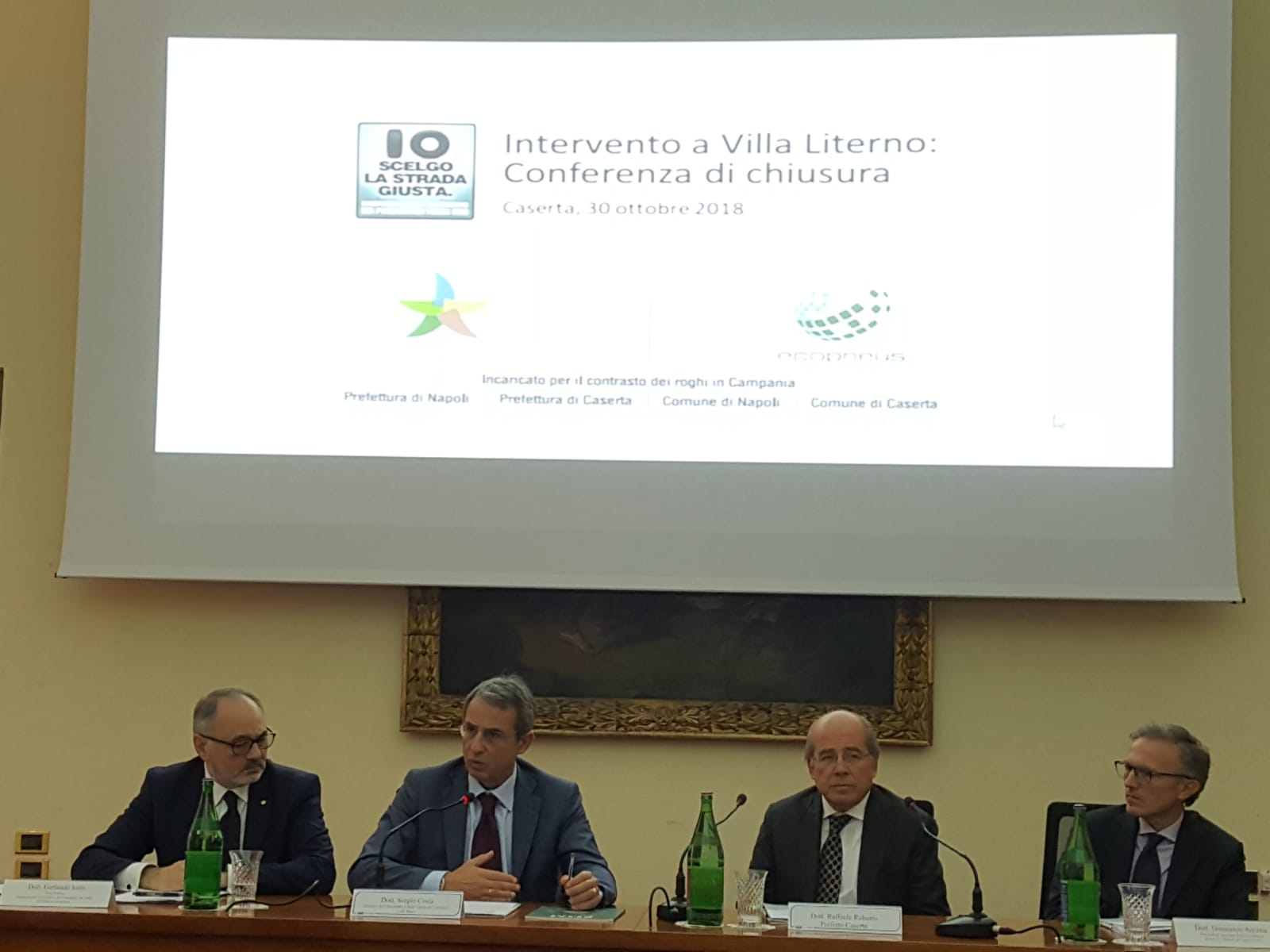 The Protocol was signed in 2013 by the Ministry of the Environment and of the Protection of the Territory and the Sea, the person appointed by the Home Office for contrasting the phenomenon of waste fires in Region Campania, the Prefectures and Cities of Naples and Caserta and Ecopneus. This Protocol has already allowed the collection of over 21,000 tonnes of End-of-Life Tyres abandoned on the territory.

The results of the Protocol

Over 2,000 tonnes of ELTs have been collected from the roads of over 40 towns of the territory in the course of the years. To these figures, one must add the amounts collected by Ecopneus in three locations where large quantities of ELTs had been dumped illegally. The first place was in Sciciano (NA), where 8,484 tonnes of ELTs were recovered in 2013. The second was in the centre of Naples (the Gianturco area), where 6,135 tonnes of ELTs laid abandoned until 2016. Finally, the third intervention was the one in Villa Literno (CE), which is also the first collection intervention in the Province of Caserta.

Statements of the Minister of the Environment, Mr Costa, of the Prefect, Mr Iorio, and of Mr Corbetta, General Manager of Ecopneus

The Minister of the Environment, Mr Sergio Costa, commented: “the data of tyre collection show a growing trend and this is very good news. However, it is not enough. We want that all hidden special waste emerge to the surface: for this reason, we are working on a system that would allow tyre traceability. Only in this way we will be able to trace the people responsible for indiscriminate illegal waste dumping. We need it. As system Italy we cannot stop, we must go on. The work of Ecopneus and these large collections go in the right direction for the protection of the environment and of health. Indeed, preventing is fundamental and it is one of the priorities we are developing in the writing of the law “Terra dei Fuochi”, where it is required for a company with environmental risks to take out a bank guarantee or an insurance with certain solvency, and not like it is now. This shall be done to protect the environment surrounding that company”, Minister Costa concluded.

Gerlando Iorio, who is the Prefect appointed by the Interior Minister for contrasting the phenomenon of waste fires in Region Campania, stated: “With the Protocol we now have a cooperation tool that has demonstrated its efficacy thanks to the involvement of all subjects active in the recovery of abandoned waste. The Protocol is an appreciated measure of support for the towns, which are the main beneficiaries of the initiative”.

Giovanni Corbetta, General Manager of Ecopneus, stated: “Thanks to the Protocol, it is possible to concretely intervene to contrast the consequences of ELT dumping on the territory. This phenomenon is mainly linked to the off-the-books sales of tyres. Alongside these extraordinary activities, our collection from 1,700 tyre dealers of the whole of Campania goes on regularly, where we collect 20,000 tonnes of tyres every year”.