Environment, Legality, and Recycling: the ELT Academy Ecopneus goes back to Lombardy

The Ecopneus ELT Academy met in Olgiate Molgora (Province of Lecco) this morning. It was a training workshop dedicated to the Police Forces and to the technical figures of the Control Bodies and the Public Administration about the correct management of End-of-Life Tyres. From the correct recycling of End-of-Life tyres, it is possible to obtain recycled rubber for sports surfaces, modified asphalts, soundproofing materials, urban furniture, and much more.

Every year, over 350,000 tonnes of ELTs (End-of-Life tyres) are produced in Italy. This is equivalent to the weight of over 30 million automobile tyres. However, where do our tyres go once they reach the end of their useful life and are removed from our vehicles? Their correct management allows to recover them as a source of energy (mainly in cement factories) but, above all, they can be used as new materials, in the shape of recycled rubber. A precious material that is widely used in Italy and in the rest of the world to make synthetic turf football pitches, “silent”, long-lasting asphalts, materials for acoustic insulation, basketball, volleyball, and handball sports surfaces, and even surfaces for horse riding centres and stables dedicated to animals’ wellbeing. 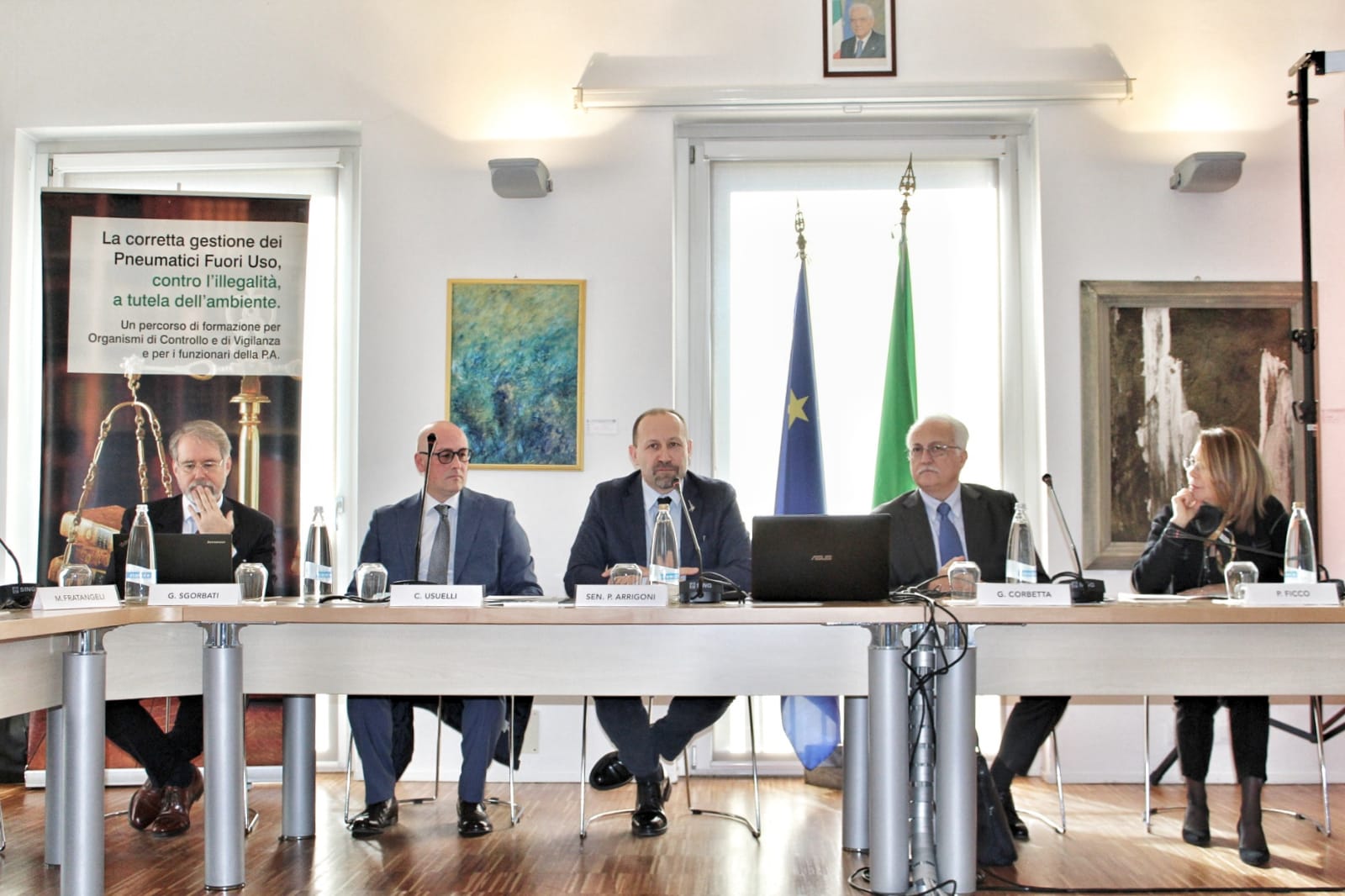 Today’s event was organised by Ecopneus. Ecopneus is the non-profit company that manages the collection and recovery of an average of over 210,000 tonnes of ELTs all over Italy every year. The ELT Academy has reached its 17th meeting since 2013. It represents a day of training to offer precise indications and operative tools to the technical figures of the Public Administration and Control Bodies, as well as the members of the police forces with the contribution of experts and law specialists at national level. Indeed, every day, all these people have to face the technical-legal aspects linked to the management of End-of-Life Tyres on the territory they operate on. It is only thanks to the correct recovery of ELTs that is it possible to exploit the many advantages offered by the use of the recycled materials you obtain from them.

According to Senator Arrigoni: “The circular economy is the necessary way for a new, environmentally sustainable, economy. Ecopneus exemplifies a virtuous cycle. The objective is to constantly develop recycling: the authorisation system has to be simplified, and it is necessary to find a solution to the problem of the End of Waste, which is currently stalled”.

Giovanni Corbetta, General Manager of Ecopneus said: “We dedicate much attention to the topic of training also for the Police Forces and the Control Bodies, in order to create a relationship of mutual collaboration with the various players that are involved, to a greater or lesser extent, in ELT management on the territory. An important moment of discussion that contributes both to more and more optimise a system which has, however, already demonstrated to guarantee the correct recovery of 100% of ELTs, and to build a solid culture of recycling of this precious material”.