With a note of the General Direction for the Circular Economy addressed to the bodies authorised to manage End-of-Life Tyres in Italy, an up to +20% increase of the collection percentages is provided for until the end of the year – as already stated in a circular letter of December 2020. Indeed, the latter had increased the amounts of ELTs to be collected in 2021 by 15%.

Federico Dossena, General Manager of Ecopneus commented: “This measure is welcome to limit a critical situation and we shall immediately act on it. However, it is also necessary to work on the tracing and the controls in order to give structural answers to this problem” 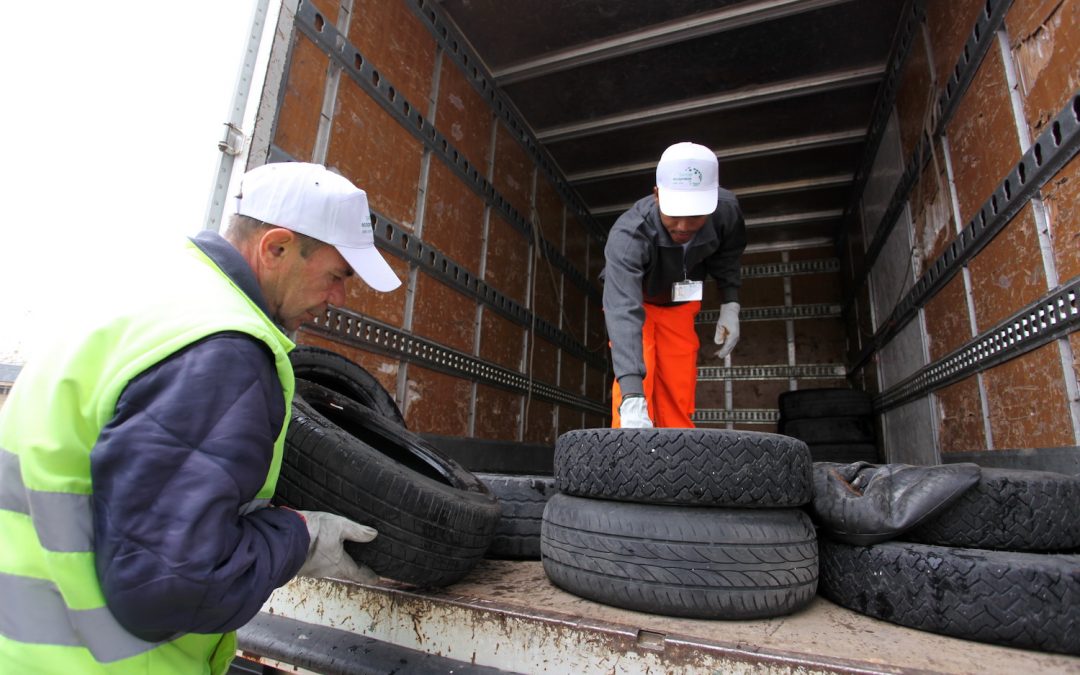 Ecopneus shall increase its own “extraordinary” collection quota at all tyre dealers in Italy by 20% until the end of the year. This is a concrete effort that promptly complies with the note sent by the General Direction for the Circular Economy of the Ministry of the Ecological Transition to all bodies authorised to manage End-of-Life Tyres such as Ecopneus.

In December 2020, a circular letter of the Ministry of the Ecological Transition imposed all the authorised bodies to further increase their collection of ELTs by 15% compared with their legal targets in 2021. It also provided for the possibility of further increasing this amount to 20% – the which thing became true with the latest measure.

This measure tries to find a solution to the long-standing issue of ELT-collection criticalities. This phenomenon mainly derives from the flows of tyres that illegally enter the national spare part market and that is estimated at about 30/40,000 tonnes a year.

Federico Dossena, General Manager of Ecopneus, commented: “The intervention of the Ministry of the Ecological Transition is welcome and we are already acting on it. However, it is necessary to work on structural solutions to solve this problem, also through tyre tracing and control mechanisms that may prevent any distortion of the market caused by the flows of illegal tyres.  It is a complex situation we have always faced with facts, collecting over 130,000 tonnes of ELTs above our legal targets in ten years of activities”.

The project “Cambio Pulito” (clean change) was born precisely out of this sense of responsibility. It started from Ecopneus and was coordinated by Legambiente. Between 2015 and 2019, it involved the main national bodies in charge of ELT collection, as well as the trade associations of Tyre Dealers and Tyre Producers.

Not only it creates a fiscal damage that amounts to about 80 million euros every year, but this “illegality bug” carries negative consequences for all honest operators, as they suffer from unfair competition because other operators can benefit from lower supply costs. Moreover, this situation leads to larger amounts of ELTs lying uncollected at workshops. Indeed, the collection operators are unable to collect all the ELTs physically present at the Generation Points. In addition to this, the tyres sold illegally do not pay the eco-fee necessary to cover all costs of collection, transport, and recycling (about 12 million euros/year). This alters the overall calculations the whole system is based on: they are “ghost” tyres that cannot be distinguished from the legally purchased ones and that do not contribute to the calculations of how many ELTs are to be collected, but that are physically present in workshops nonetheless.

The Ministry’s intervention aims at facing this potential environmental emergency and to simplify the operators’ situation, in particular in certain Regions where the worst criticalities have been recorded (Liguria, Lazio, Campania, Sardinia, Calabria and some areas of Apulia, Basilicata, Valle d’Aosta and Trentino-Alto Adige, partially reported by Ecopneus itself). This, bearing particularly in mind the deadline of 15th November, when winter tyres are to be installed and, as such, a tyre-replacement peak is expected.

The note of 11th December 2020 issued by the General Direction for the Circular Economy was addressed to a number of the bodies in charge of ELT management in Italy. In it, the Ministry of the Ecological Transition described the modalities for dealing with the emergency situation represented by those ELTs lying uncollected at tyre sales points all over the Italian territory.

The measures imposed a 15% increase of the collection quotas compared to the target of reference set by MD 182/2019 on all the bodies in charge of tyre collection on the Italian territory. It also provided for an eventual and subsequent adjustment of the set eco-fees. The Measure already provided for the possibility of an up to 20% further quota increase that was eventually put into practice with the recently released communication.