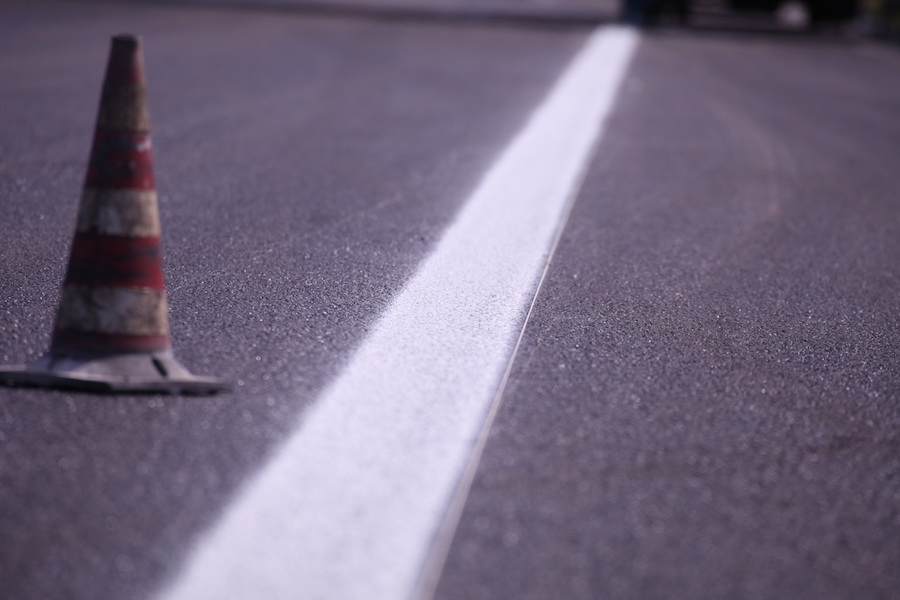 In May of this year, SIGNUS published a book entitled Twenty years of rubberized asphalt mixtures in Spanish roads. This article contains a summary of the most important information contained in the book, which includes virtually all the roadworks that have implemented this material in Spain over the last two decades.

The objective of the book, apart from promoting the transformation of waste into a resource of high technological value, is to highlight the fact that the use of crumb rubber from end-of-life tyres in bituminous mixes is a consolidated technique in the sector, with over 1,600 km of road executed using this new generation of bituminous mixes. Roads which, despite the passing of the years and the adverse conditions to which they are subjected, have not deteriorated. This is because crumb rubber improves the properties of a road, enabling it to be more durable, thus extending its service life. The photographic report featured in the book, which shows the condition of some sections of road selected in different years, demonstrates this.

Significant progress has been made in Spain with respect to promoting the use of crumb rubber in bituminous mixes. The National ELT Plan 2001-2006 specified that “in public works in which their use is technically and economically feasible, priority will be given to materials from ELT recycling processes”.

The General Directorate of Roads of the Spanish Ministry for PublicWorks ratified Circular Order 5 bis/02 on conditions for the use of crumb rubber from used tyres in bituminous mixes. This Order modified articles 540, 542 and 543 of the General Technical Specifications for the Construction of Roads and Bridges (PG-3), in accordance with Ministerial Order 891/2004, which ratified the modification of the aforementioned PG-3 articles for the purpose of establishing “the priority use of crumb rubber from ELT provided that such use was technically and economically feasible”.

Although it is not of a regulatory nature, perhaps the greatest milestone prior to the aforementioned regulatory reform was the Guide to the Use of ELT Crumb Rubber in Bituminous Mixes (2007) drafted by the CEDEX (Spanish Centre for Study and Experimentation in Public Works) and commissioned by the Ministry of the Environment and the Ministry of PublicWorks. This document classified the three types of rubberized binder in order of greatest modification: rubber improved binder, polymer modified binder and high viscosity rubber modified binder, all of which use crumb rubber from ELT.

A few months later saw the publication of Circular Order 21/2007 by the Ministry of PublicWorks “on the use of and specifications that must be met by binders and bituminous mixes containing rubber from ELT”, which became the document governing the manufacture and use of rubberized binders in Spain. As will be analysed later in this article, this was a key document and it coincided with a significant increase in the number of kilometres of road constructed within the Spanish road network.

Techniques for the use of crumb rubber in bituminous mixes

Crumb rubber can be incorporated into a bituminous mix through one of these two processes:Wet process: production of rubberized binders for subsequent manufacture of the bituminous mix.

From 1996 to the first quarter of 2017, almost 300 roadwork operations throughout Spain can be identified as using crumb rubber from ELT, accounting for around 1,600 km of road and the consumption of almost 17,000 tonnes of crumb rubber. The information compiled on each of the roadworks executed: year of execution, province, technology implemented (terminal blending wet process, in-situ mobile blending wet process and dry process), length of section and estimate of tonnes of crumb rubber used, facilitates analysis of the implementation and consolidation of this technique in Spain over the last 20 years.

As mentioned previously, it is estimated that almost 17,000 tonnes of crumb rubber has been used in these sections of road, the equivalent of almost 4,000,000 end-of-life tyres from passenger cars.

Meanwhile, the dry process tends to be used more in the Levante area and has a strong presence in the Autonomous Community of Valencia and the Region of Murcia.

If we analyse the use of each technology at national level (Figure 3), 56% of the total amount of crumb rubber has been added to the bituminous mix in-situ, accounting for 48% of the length in kilometres of the road sections built. On the other hand, it we look at the length of the sections, the terminal blending wet process percentage is three times greater than that of the dry process, although crumb rubber consumption is similar for the two processes.

Figure 4 shows the evolution over the years of road sections built using rubberized asphalt mixes. As can be seen, the first sections began to be built in 2002 and 2004, possibly driven by the  national ELT Plan 2001-2006 andMinisterial Order 891/2004. However, the big increase came in 2007, undoubtedly as a result of the publication of the CEDEXmanual but, above all, as a result of Circular Order 21/2007. Moreover, it can be observed that from 2013 onwards, there has been a sharp decrease. Amongst other factors, this may be due to the fact that there is still insufficient

knowledge of these materials despite the efforts of the Directorate General of Roads and the CEDEX in terms of regulating these techniques, in addition to the efforts of different research bodies and companies operating in the sector tomake rubber improved and polymer modified binders, and in general, rubberized asphalt mixes, technically viable. 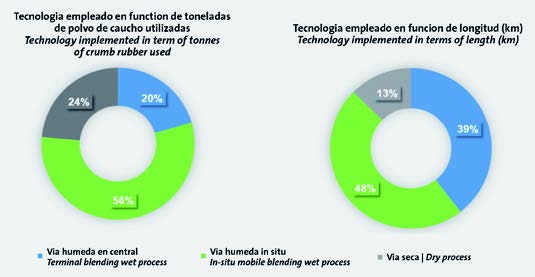 Fig 3 – Representation of each technology 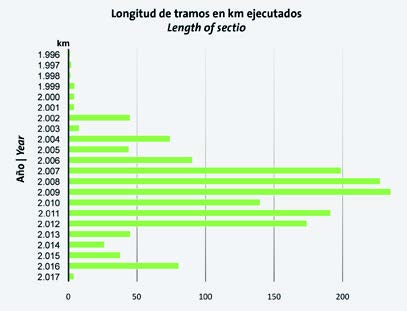 The publication of the book Twenty years of rubberized asphalt mixtures in Spanish roads, described in this article, along with the Guide to the manufacture of rubberized binders with crumb rubber from tyres, published in 2014 (and whose translation into Italian, edited by Ecopneus is available in our Download Area) and the Guide to the manufacture and onsite implementation of rubberized asphalt mixes with crumb rubber from tyres, published in 2017, form part of a plan of action designed by SIGNUS to promote the use of crumb rubber in roads and thus achieve compliance with the additional requirements set out in the Ministry of the Environment’s Strategic Waste Framework Plan 2016-2022, and policies to foster sustainable economic activity driven by the European Commission’s Circular Economy package.

All these publications are available free of charge at www.signus.es.

SIGNUS Ecovalor is a non-profit organisation created as a collective management system at the disposal of all manufacturers and importers (producers) required to comply with the legal obligations associated with end-of-life tyres (ELT). The mission of SIGNUS is to respond to society’s need to live in a sustainable environment, by ensuring that end-of-life tyres receive appropriate treatment from the time they are generated until they are transformed into valuable raw materials. One of the most important ways of maximising this value is the use of crumb rubber from end-of-life tyres in bituminous mixes, giving them specific properties and closing the loop in accordance with the concept of the circular economy.