Recycled rubber sports surfaces for amazing performances: Ecopneus is the Sustainability partner of the “Sports Festival” for the third consecutive year.

This year the spotlight is on the 3×3 basketball surfaces made with recycled rubber with many new features and great champions. After the success of the first two editions, Ecopneus will be the Sustainability Partner of the Sports Festival also this year! 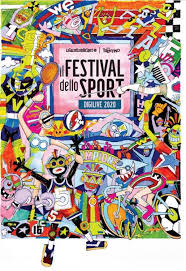 What turns sports surfaces into champions? For the last three years, the key ingredient has been the recycled rubber from End-of-Life Tyres used at the Sports Festival. Indeed, Recycled Rubber transforms the sports surfaces for basketball, volleyball, and football into surfaces where every athletic gesture is possible, with performances at the same level of the sports champions that will be the protagonists of the Festival from 9th to 11th September.

Indeed, Ecopneus is the Sustainability Partner of the Sports Festival for the third year in a row. Its aim is to show the public and the many athletes and experts of the sector the advantages and the characteristics of the sports surfaces made with recycled rubber. It is precisely from the recycling of ELTs that it is possible to recover the rubber used to make football pitches, basketball and volleyball courts, sports surfaces, playgrounds, gym floors, and many other applications both for sports and other sectors, such as infrastructures and the building sector.

Giovanni Corbetta, General Manager of Ecopneus stated: “We are proud to collaborate with the Sports Festival as Sustainability Partner also this year. For us, it is a further confirmation and an appreciation of the efforts we have made in the course of the years to favour the development of highly performing sports surfaces made with recycled rubber. Our main activity is the management of the collection, transport, and recycling of End-of-Life Tyres; however, we also dedicate great attention to the development of the applications of recycled rubber, in order to support the transition towards a society based on recycling and the circular economy. Sports surfaces are one of the best representations of this objective: we transform recycled material into applications that are useful for the citizens, who can requalify urban spaces and places where people can meet. These applications are safe and perform precisely in the same way – if not better – than traditional surfaces”

The 3×3 basketball will be one of the protagonists of this edition. Also Ecopneus is betting high on it and has put great effort in R&D. This has led to identify the ideal composition of the surface for this discipline: a (not too) elastic surface that does not tire the athlete too much, has excellent ball bouncing performances and an adequate energy return for the athlete. These characteristics allow all athletic gestures in total security and in complete freedom.

To identify the best possible surface for basketball, Ecopneus has relied on a historical name of the Italian basketball: the former captain of the national team, Giacomo “Gek” Galanda. Thanks to his experience at the highest levels together with the expertise of several other professional figures, such as the expert of biomechanics, Professor Testa, and some companies specialised in recycled rubber surfaces, it has been possible to develop the ideal composition. The final mix has then been further specialised for the 3×3 basketball. This discipline is constantly gaining in popularity also due to its Olympic debut at Tokyo 2021.

Ecopneus took a taste of the 3×3 basketball to the Festival also last year. Indeed, it prepared a demo surface next to the regular basketball and volleyball courts. All of them were made with recycled rubber from ELTs. Among the others, the former NBA playmaker Baron Davis performed on these surfaces.

Ecopneus appointments at the Sports Festival 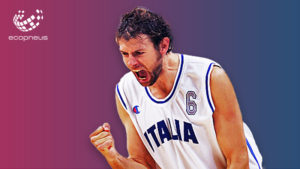 Friday 9th October at 16:00. Meeting with the Masterclass dedicated to 3×3 basketball organised by Ecopneus. Giacomo Gek Galanda, former captain of the Italian National Basketball team, winner of a gold medal at the European championship in 1999, silver Olympic medallist at Athens 2004, the Coach Andrea Capobianco and his 3×3 players of women’s and men’s Open National team shall go through the story as well as the secrets and the techniques of this “street” basketball on the state-of-the-art basketball court made with Tyrefield recycled rubber in Ronzone (TN).

At 17:00, instead, it will be possible to follow the live streaming of the presentation “Gek Galanda: the 3×3 game”. The basketball legend Gek Galanda will talk about his career and show the basic rules and techniques, but also tips and strategies to improve your game and become basketball sensations!

From Friday 9th to Sunday 11th October, it will be possible to see the over 60 events of the Sports Festival both live and in streaming. These events will see the involvement of more than 200 great names of all sports disciplines.

FFollow the events in streaming on Il Festival dello Sport.it and on Gazzetta.it or take part to the live events at the Piccolo Teatro Strehler and in the Buzzati Room in Milan!