The Ecopneus ELT Academy has reached the Marche Region to talk about environment, legality and recycling

An important moment for dialoguing and discussing about the correct management of End-of-Life tyres for the territory of the Marche Region. Ecopneus collected over 8 thousand tonnes of ELTs in 2018 in this area. This is equivalent to the weight of almost 900,000 automobile tyres. If put in a line, they would form a 450km long queue, equivalent to the distance from Macerata to Milan! 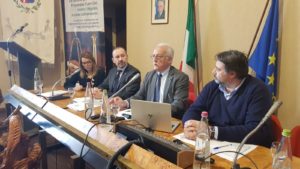 Over 350,000 tonnes tyres reach their end-of-life every year. This is equivalent to the weight of over 38 million automobile tyres. Where do our tyres go once they have reached their end-of-life and are removed from our vehicles? Their correct management allows to recover them as energy source, mainly in cement factories, but, above all, as new materials, in the shape of recycled rubber. This precious material is widely used in Italy and in the rest of the world to make synthetic turf football pitches, “silent”, long-lasting modified asphalts, sound-proofing materials, sports surfaces for basketball, volleyball, handball, and also surfaces for horse riding centres and stables dedicated to animals’ wellbeing.

Today’s event has been organised by Ecopneus in collaboration with Legambiente. Ecopneus is the non-profit company that manages the collection and recovery of an average of over 210,000 tonnes of ELTs all over Italy every year. The ELT Academy has now reached its 18th stop since 2013. It represents a moment of training that, thanks to the contribution of experts and jurists at national level, offers precise indications and operative tools to technical figures and members of the Security Forces who daily face the technical-legal aspects related to the management of End-of-Life tyres on the territory. Indeed, it is possible to exploit the many advantages offered by the use of recycled materials obtained from End-of-Life tyres only if the latter are correctly channelled into the recycling cycle. 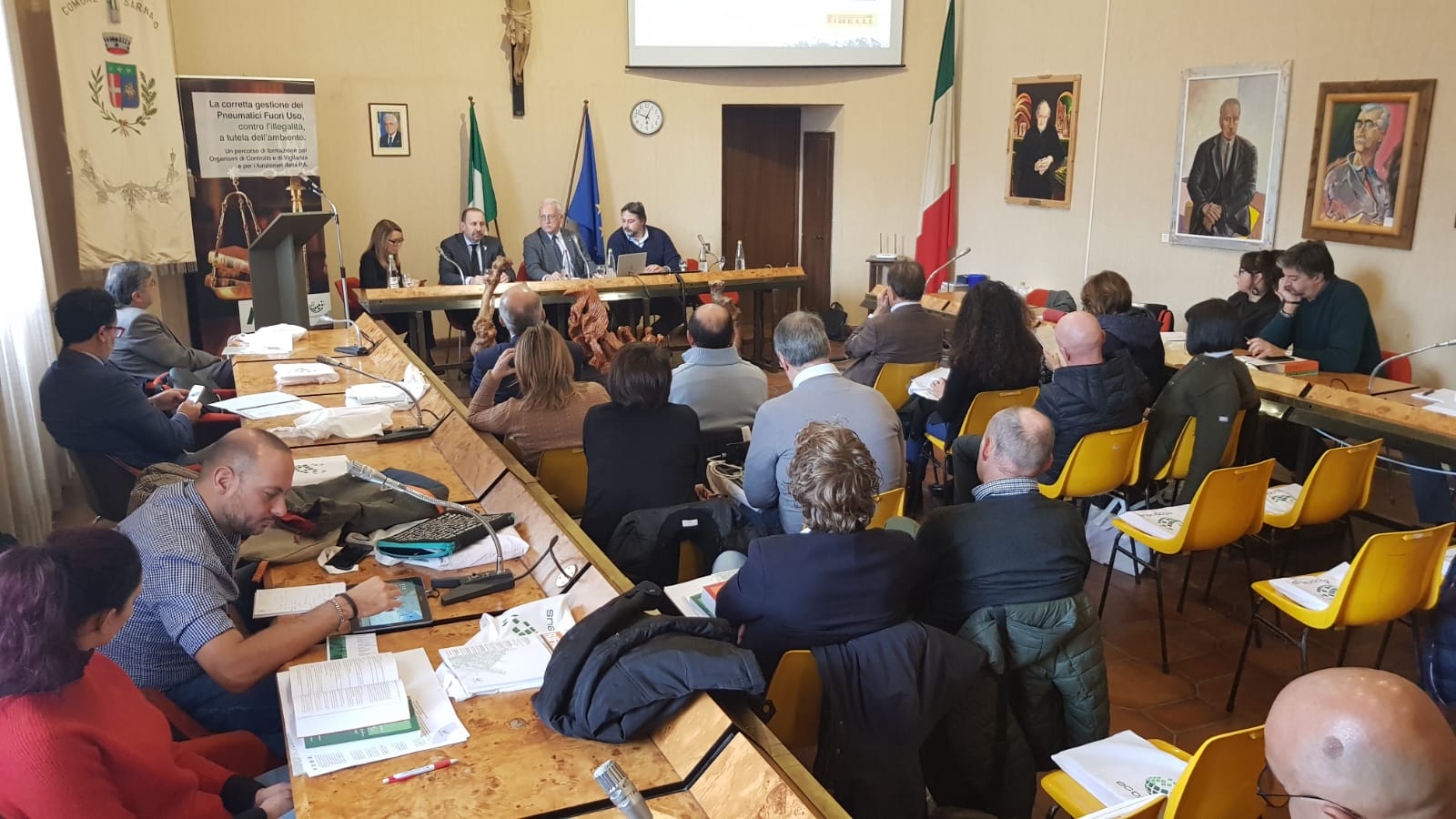 It has been an important moment of dialogue and confrontation under the patronage of ARPA Marche and of the Council of Sarnano. The following people intervened during the course of this meeting: Senator Paolo Arrigoni in his role as Commissioner of the Senate and member of the Environmental Commission; Luca Piergentili, Mayor of Sarnano, Giancarlo Marchetti, General Manager of ARPA Marche; Giovanni Corbetta, General Manager of Ecopneus; the Lawyer and Environmental Jurist, Ms Paola Ficco, and the coordinator of the Observatory on the illegal flows of tyres and ELTs in Italy, Mr Enrico Fontana.

Giovanni Corbetta, General Manager of Ecopneus, stated: “We have paid great attention to the topic of training for a long time, above all for Security Forces and Control Bodies, as this allows us to build a relationship of reciprocal collaboration with the various bodies involved in the management of ELTs on the territory. These events are an important moment of discussion that contributes to constantly optimise a system that has already demonstrated to guarantee the correct recovery of 100% of ELTs”.