A football pitch, a volleyball and two basketball courts have been made thanks to Ecopneus: new surfaces that are the result of experimentation and scientific research.

Following last year’s success, the second edition of the “Sports Festival” of the city of Trento is expected to be in the light of sports events and the meeting with the public. Protagonists: athletes, yesterday’s and today’s champions. Games, sports, and show have merged with scientific research and innovative technologies, especially this year.

During the days of the Festival, there will be many activities organised on the four surfaces in recycled rubber specifically set up by Ecopneus for this occasion. There will be two main events: on Thursday morning, Giacomo “Gek” Galanda, one of the protagonists of the very strong Italian basketball team of the 1990s and 2000s, is meeting 100 children of the local schools for spending a morning in the light of great basketball. On Sunday morning there will be the talk “New sports materials”, once again with Galanda and with Andrea Zorzi (formerly one of the main players of the Italian national volleyball team), Davide Nicola (former coach of the teams of Crotone and Udinese), Mauro Testa (biomechanics specialist and scientific head of Biomoove Lab).

Many other great sports champions will play on the Ecopneus surfaces: from Arrigo Sacchi to Filippo Galli; from Josefa Idem to Davide Mazzanti; from the “Aquila” Basketball team to Baron Davis; from Totò Schillaci to the Harlem Globe Trotters; from Dan Peterson to Luca Toni.

Ecopneus has installed its surfaces with the technical support of Limonta Sport, Pentaplast, Casei Ecosystem, Mapei, Waterproofing, and Biomoove as its scientific partner. Ecopneus will also be the Sustainability partner of the 2019 edition of the “Sports Festival”.

In piazza Dante there will be an absolute novelty: a surface specifically designed for the 3-on-3 basketball, a new Olympic discipline that will debut in Tokyo 2020. In-depth biomechanical studies and application of innovative technologies have allowed to create a surface in recycled rubber that offers great advantages with reference to performances; moreover, it is able to protect the athlete’s body at its best absorbing shocks and preventing injuries. The research has been carried out thanks to Professor Mauro Testa’s scientific consultancy and Giacomo Galanda’s technical supervision. In the same square there will be also the Tyrefield volleyball and basketball courts.

This year there is also another novelty: a synthetic turf Tyrefield football pitch installed in piazza Fiera. This technology is of the highest international standards, and it is more and more appreciated also by the “Serie A” teams (Italy’s main football championship). This solution offers many direct and indirect advantages: it allows to train and play in every weather condition, seven days out of seven, drastically cutting management and maintenance costs that arenecessary with traditional natural turf. Moreover, there is no water waste and no wide use of agrochemicals.

These new surfaces were, thus, born thanks to a fertile mix of scientific research, environmental sustainability, and innovation applied to sport. At its base, there is a simple, but, at the same time, ambitious philosophy: the desire of helping the athlete to play better and for the longest time possible, intervening on the context in which he/she lives for several hours every day. 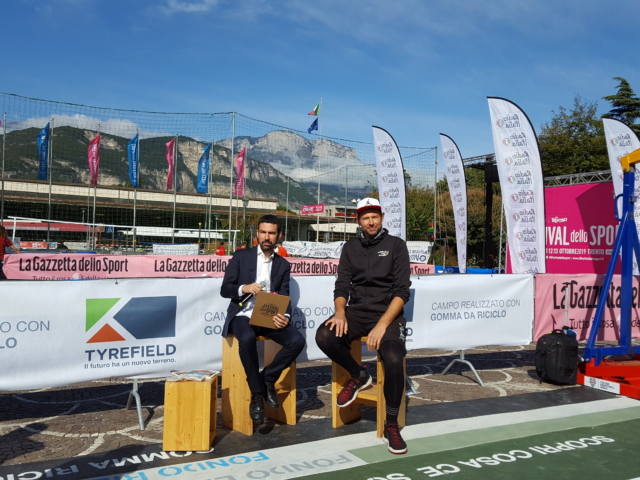 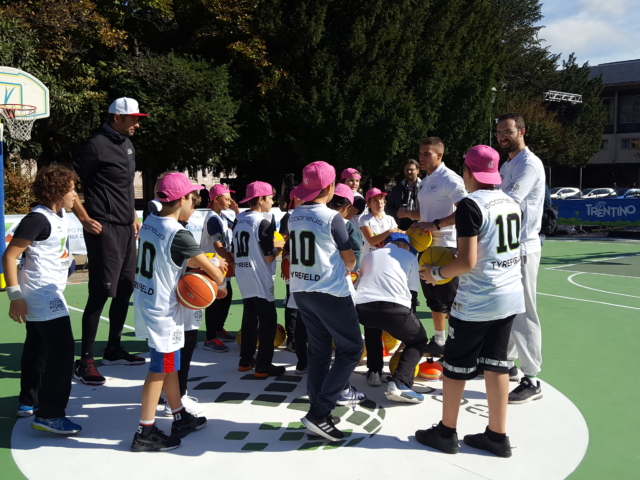 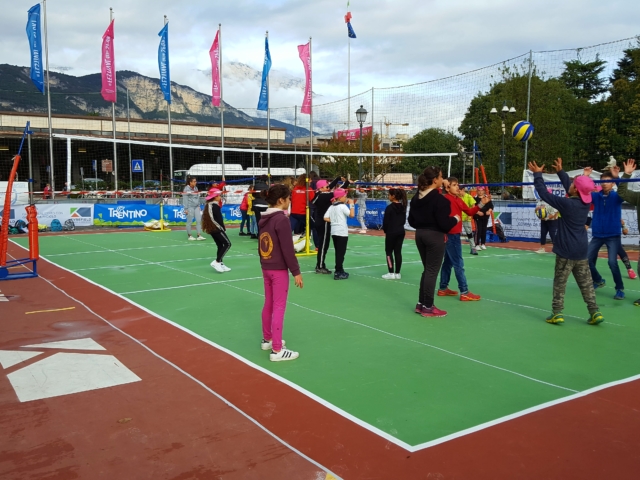 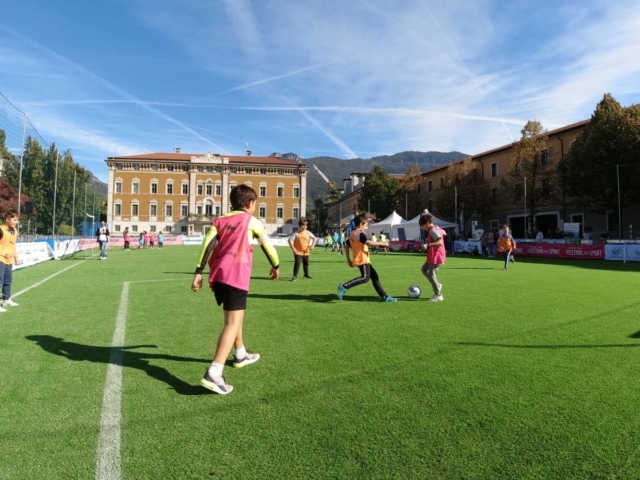 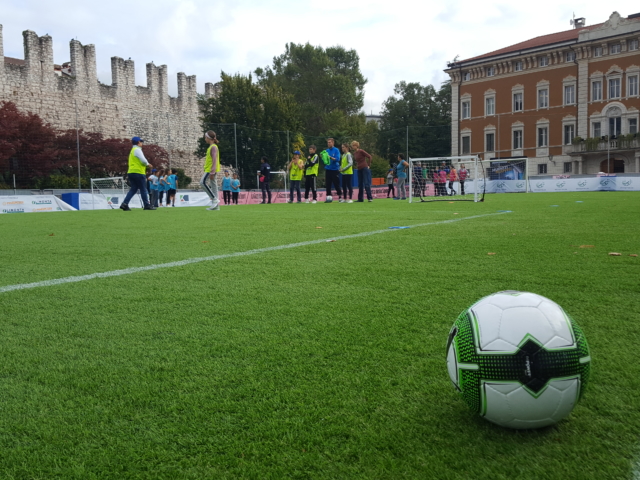 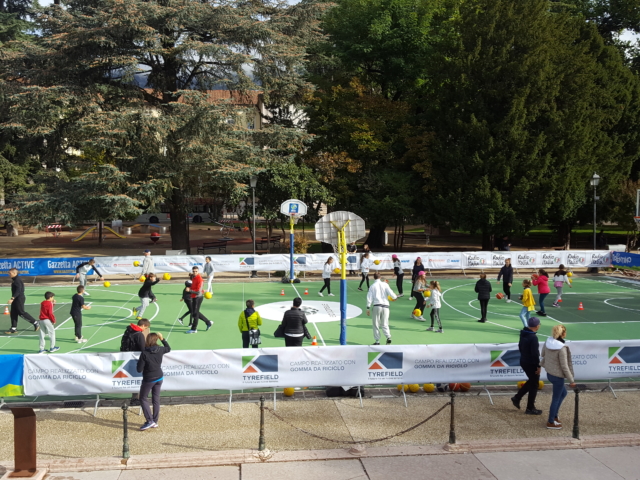