The social commitment of Ecopneus goes on with its contribution to the creation of the Glass House – an initiative part of the “Forcella in daylight” project that aims at the requalification of this neighbourhood by the means of the recovery of abandoned spaces and their reconversion into aggregation centres. 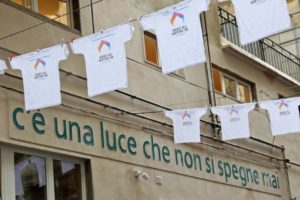 With today’s inauguration of the Glass House in Forcella – a historical neighbourhood of Naples – the young people will have a new space of social sharing and aggregation at their disposal, where they can carry out recreational and training activities. The added value of this structure is constituted by the presence of sustainable surfaces made with recycled rubber thanks to Ecopneus.

The initiative started from the commitment of Ernesto Albanese, the founder of the non-profit organisation L’Altra Napoli (the other Naples), and Roberto Velardi, founder of the  Carlo Fulvio Velardi’s Friends Association. They started the project “Forcella in daylight” with the aim of fighting educational poverty, creating points of reference for social aggregation, and contrasting youth delinquency.

The first step of the project was the creation of the Glass House. It dealt with the renovation of a 630 m/sq. glassmaker that had been abandoned for over 20 years. It has now been converted into a modern multi-purpose space for children and teenagers. Inside the House, several recreational and post-school activities will be held. There will also be a musical education centre, and training courses for young people and women will be organised. 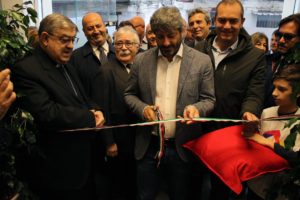 The Project for Forcella aims at requalifying the whole neighbourhood, characterised by high levels of unemployment – especially among the young people – widespread urban degradation, and the absence of public recreational spaces and adequate sports facilities. Ecopneus has offered its contribution by creating the surfaces in recycled rubber for the sports structures and playgrounds. It has put its resources at disposal of a project that wants to spread the culture of beauty and invest in young people through projects of urban and social redevelopment.

The Glass House is the latest of the initiatives Ecopneus has contributed to in Region Campania, particularly in the provinces of Naples and Caserta, for the recovery and valorisation of the territory: from its commitment for the recovery of End-of-Life Tyres in the Land of Fires thanks to an extraordinary protocol , to the creation of sports centres and playground at  Caivano’s Green Park, to the creation of synthetic turf football pitches in Scampia and Caserta, as well as many other interventions in schools and councils

The Ecopneus interventions in Campania 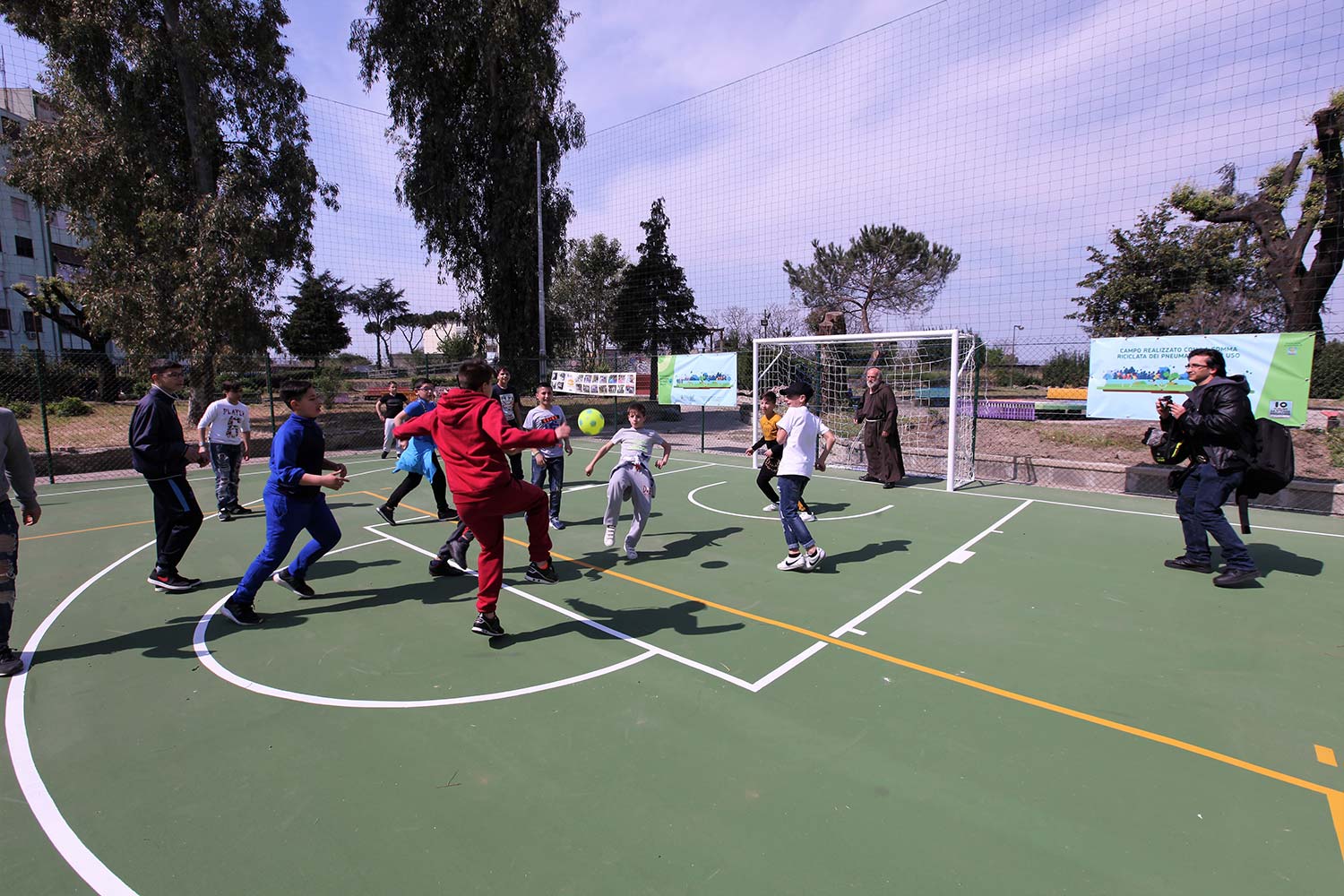 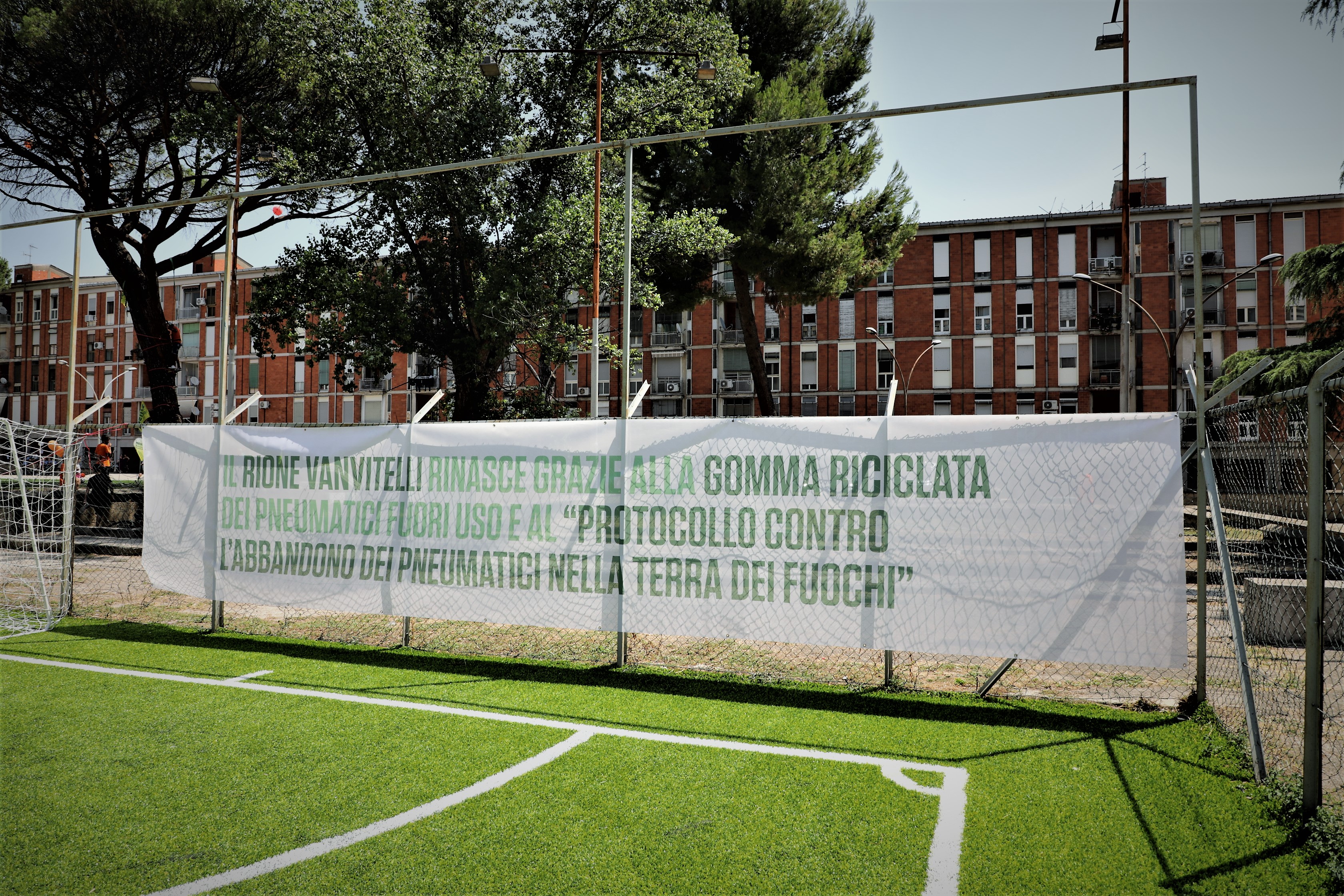 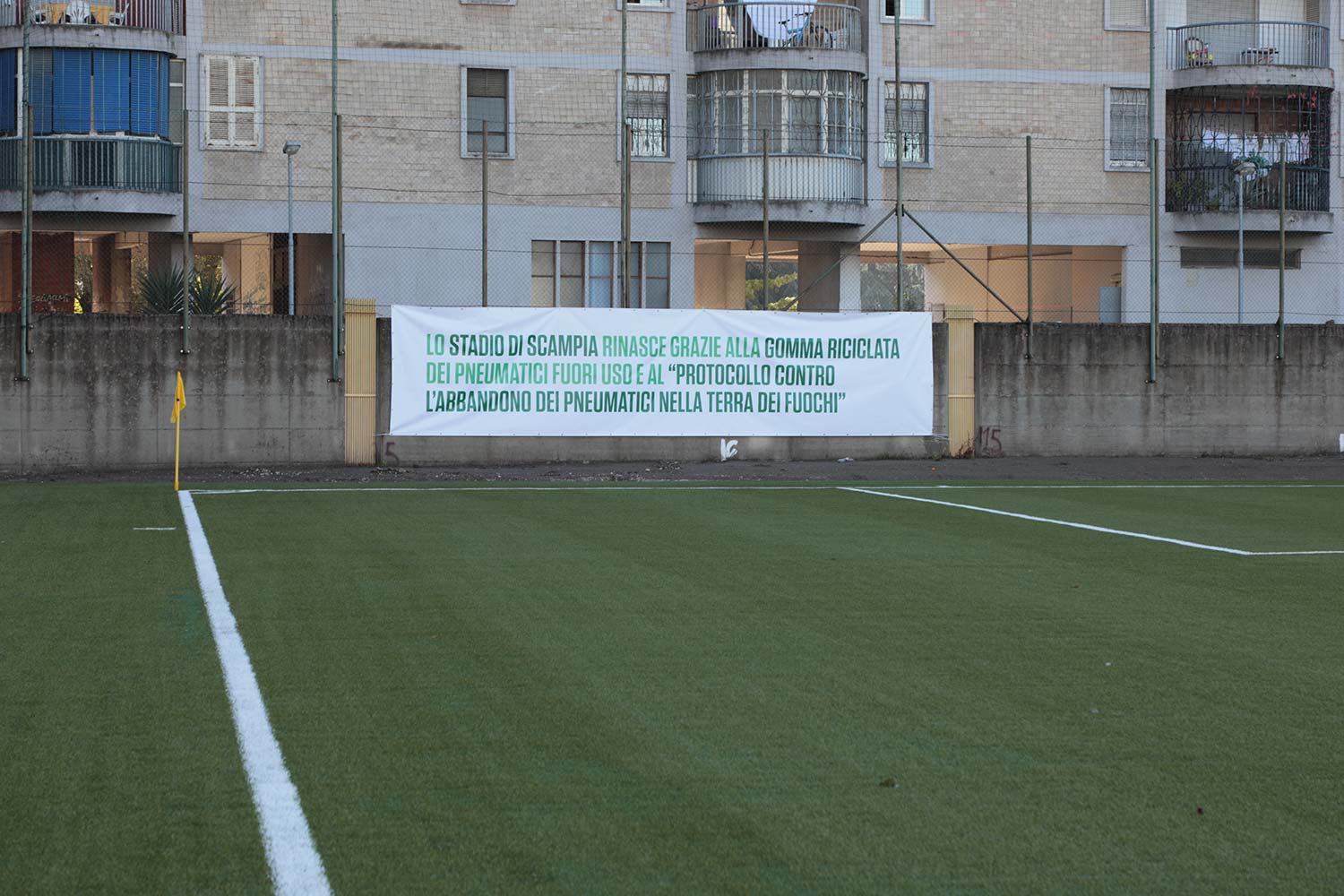